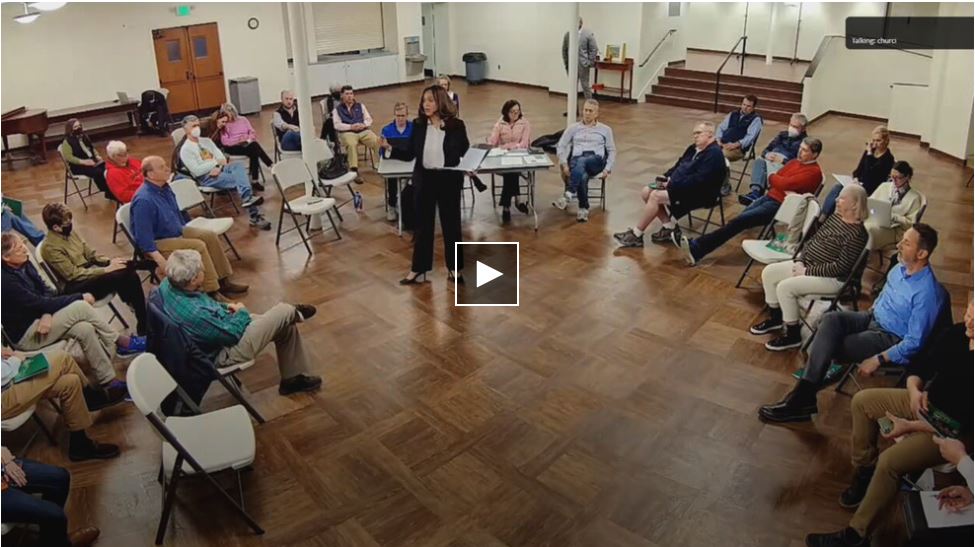 Mosby faced pointed questions about the city's rising homicide rate and her upcoming federal trial. She is accused of perjury and lying when she filed two mortgage applications.

Baltimore restaurant owner Tony Foreman argued that the rise in crime in Baltimore has coincided with Mosby's eight years in office. Foreman and his business partner, Cindy Wolf, own some of the top restaurants in the city, including the Charleston Restaurant, Cinghiale and Petit Louis Bistro.

Foreman questioned her policies of deprioritizing lesser crimes and noted homicides have been over 300 for several years.

Mosby pushed back, pointing to problems in the Baltimore Police Department and different crime plans under different mayors. But she forcefully disagreed that her office had an effect on the homicide rate.