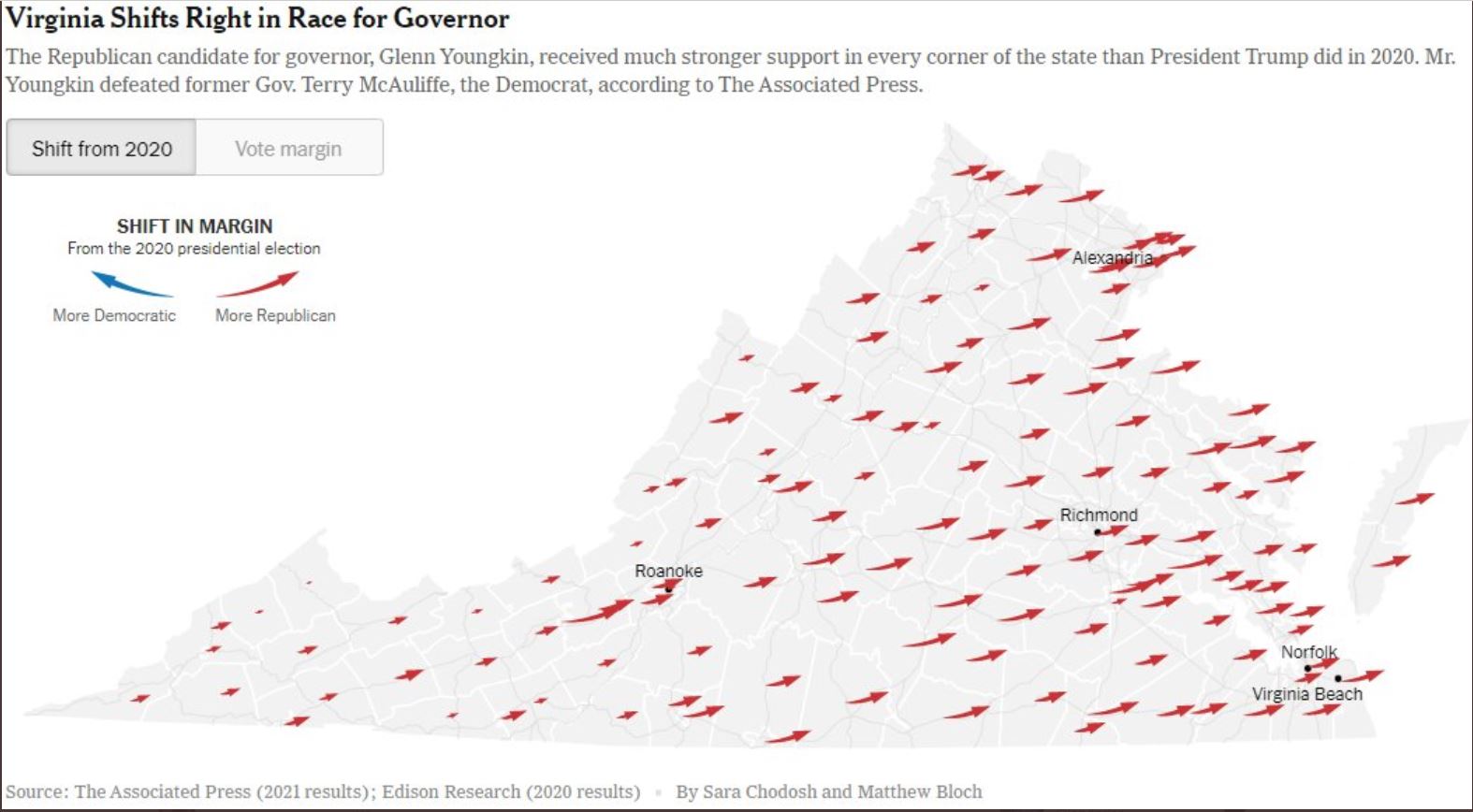 From the New York Times:

Less than a year after taking power in Washington, the party faces a grim immediate future, struggling to energize voters without a presidential foil and losing messaging wars to Republicans.

The menacing thunder couldn’t get much louder for Democrats.

Few in the party had high hopes that their era of rule in Washington would last beyond the midterm elections next year. But the Republican resurgence on Tuesday in Virginia — a state that President Biden won by 10 percentage points last year — and surprising strength in solidly blue New Jersey offer a vivid warning of the storm clouds gathering as Democrats look warily to the horizon.

For five years, the party rode record-breaking turnouts to victory, fueled by voters with a passion for ousting a president they viewed as incompetent, divisive or worse. Tuesday’s results showed the limitations of such resistance politics when the object of resistance is out of power, the failure of Democrats to fulfill many of their biggest campaign promises, and the still-simmering rage over a pandemic that transformed schools into some of the country’s most divisive political battlegrounds. READ THE COMPLETE STORY